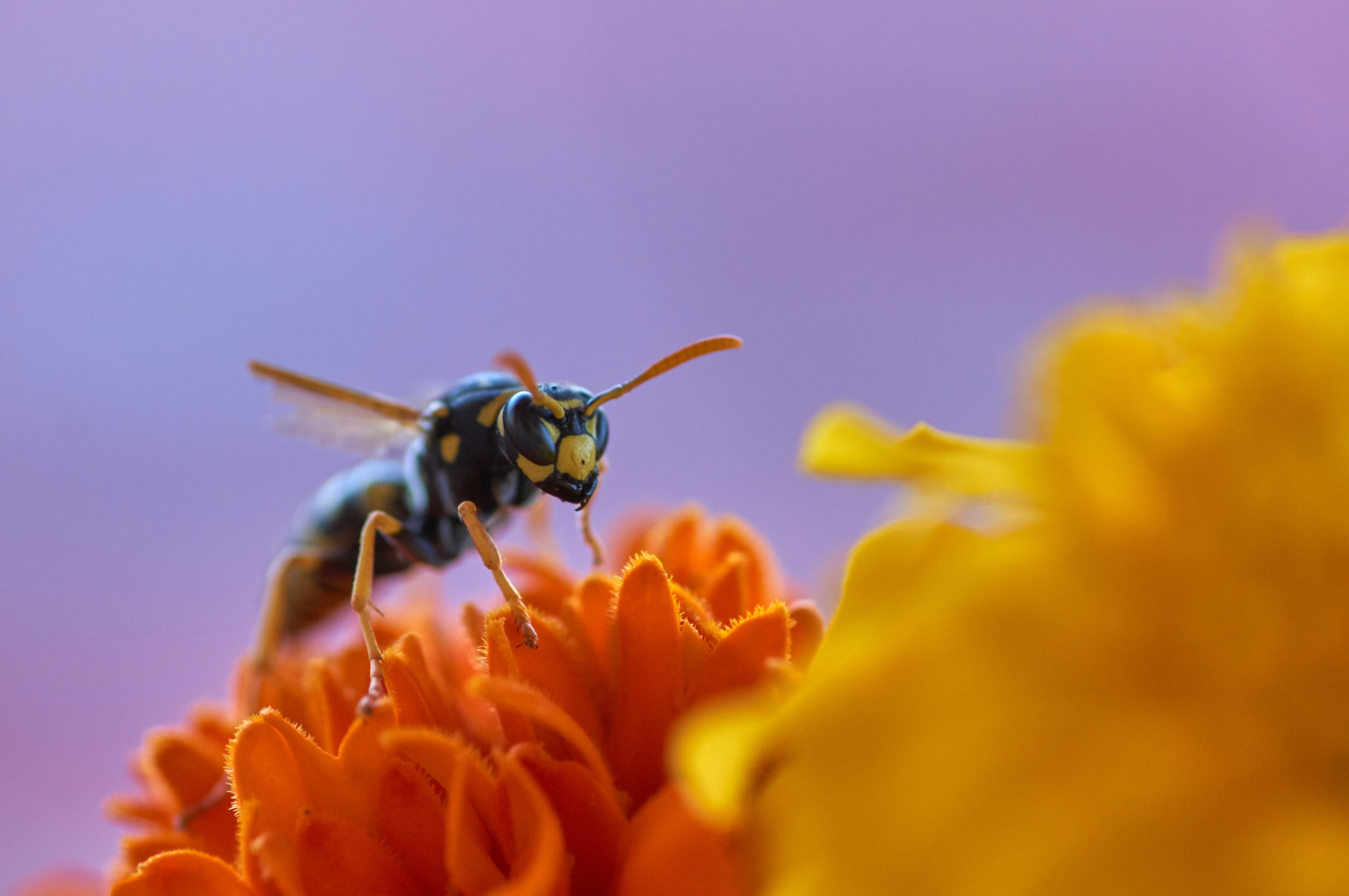 What Seasons Are Wasps Most Active?

As the weather gets nicer, pests like wasps and yellow jackets start to become more prevalent. These creatures are essential to the natural environment and most active during the nicer months of the year. During Spring, Summer and Fall, wasps play different roles depending on the weather. Here Any Pest talks more about wasp activity during the warmer seasons of the year. 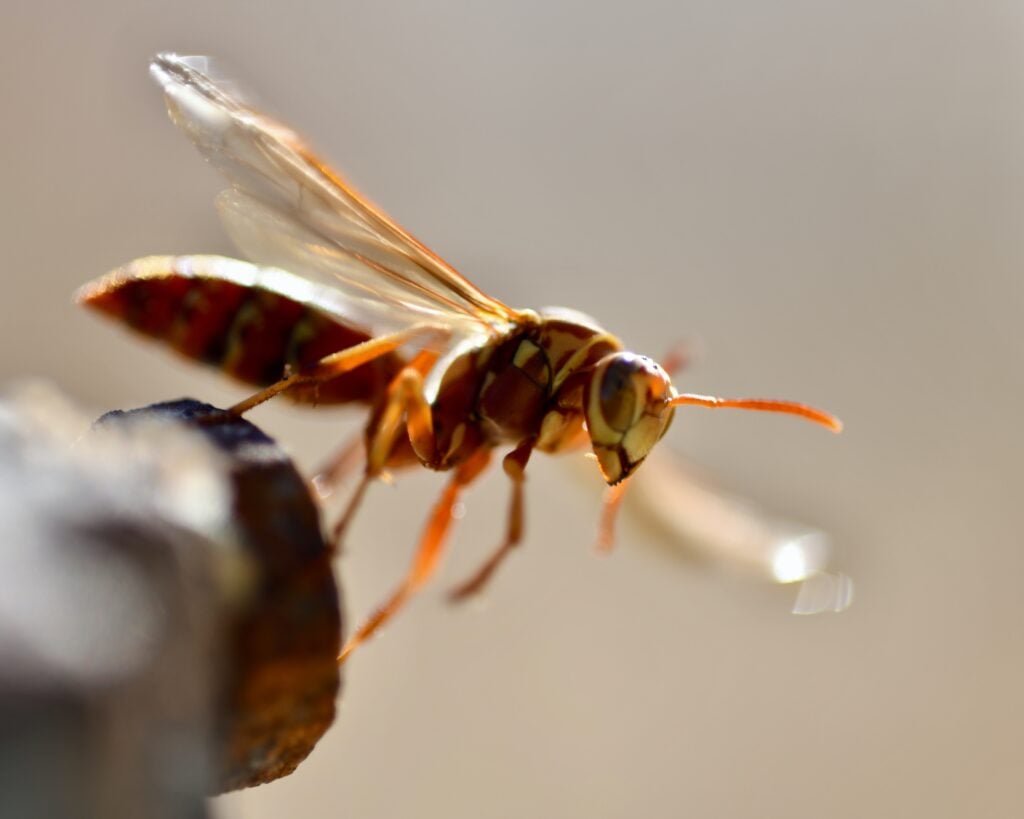 Springtime is the time of the year when the queen wasps become more active and begin to build nests. These nests are typically built from chewed-up wood mixed with a wasps saliva. During the Spring, the queen populates the nest with workers hatched from eggs she fertilized with sperm. These eggs hatch into infertile female worker wasps who assume the job of building the nest larger and creating new cells for the queen to lay her eggs into. Later in the Springtime, the queen will continue to lay eggs into the individual cells. From this, the cells hatch into larvae and are fed insects by the worker wasps. This process takes place repeatedly over the remainder of the spring and summer seasons.

During the warm summer months, wasp activity reaches peak labor levels and the nest grows in size over time. By the month of July, hundreds of these pests have grown to their adult size in the nest. With that being said, there are usually hundreds more resting in their eggs. They are slowly growing to become adults and workers themselves. Once adults, these hundreds of wasps travel outside the nest to find food to feed the growing larvae. Naturally, the higher the wasp population, the more wasps you’re likely to encounter. In saying that, it’s not that wasps are necessarily more active during the summer season; there are just more of them.

Wasps In The Fall

During the months of August, September and October, wasp activity begins to wind down. Workers start dying off and the queen begins slowing down her egg production. No new larvae mean no new nectar for adults. Instead, the last generation of larvae and eggs grow up and have to fend for themselves. Wasps have to find foods with more sugar and fat than usual. They’ll fly further, stay out longer, and guard their spoils more aggressively to do that. In other words, the wasps you run into during the fall season are hungry and looking for food. 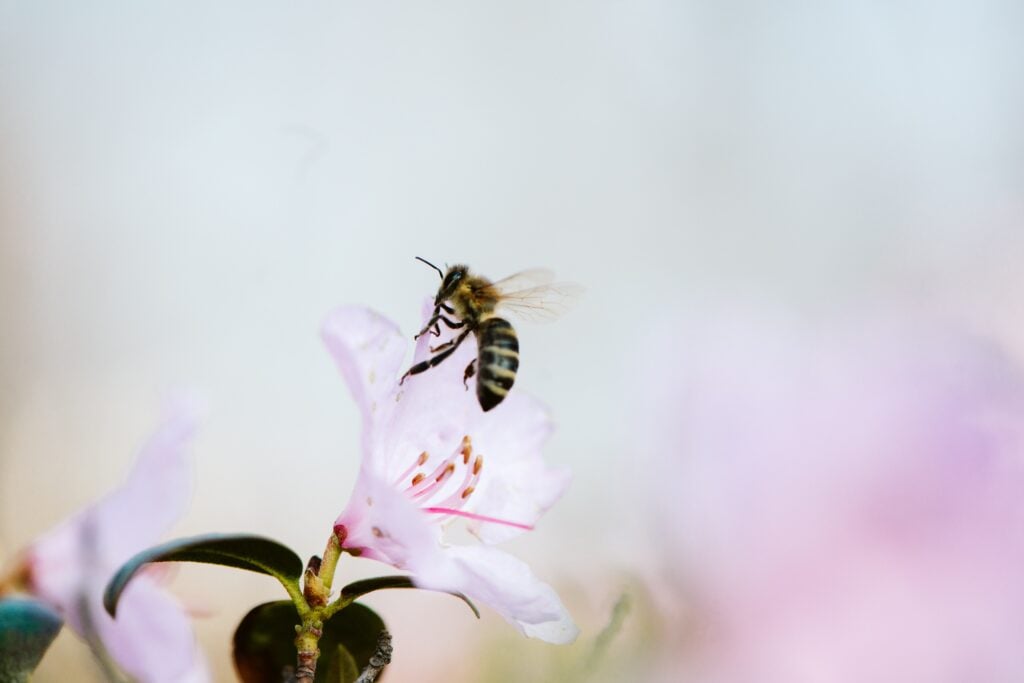 Here at Any Pest, Inc we provide high-quality pest control solutions for the metro-Atlanta area, including Kennesaw, Marietta, Roswell, Canton, and Woodstock. You don’t want to handle a wasp nest by yourself, let us handle it for you. If you think you may have a wasp infestation, or need wasp nest removal, call Any Pest at 678-631-8851 or contact us online here. 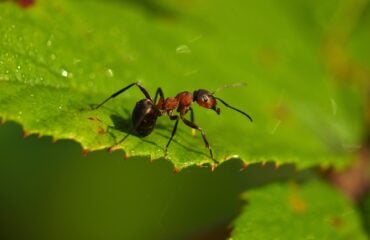 Why Do You See More Ants During Summer? 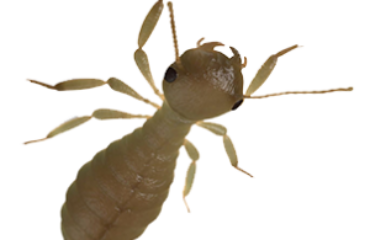 Removing Termites from Your Home 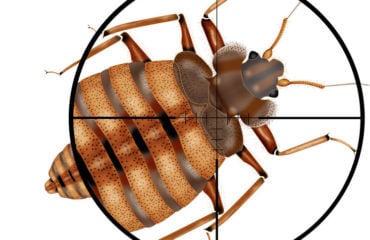 Bed Bugs: What Are They and How to Get Rid of Them